The 100 Most Influential People In Crypto
►

Activision is taking legal action against a leaker who posted details on Reddit. The said post revealed a few key important points of sensitive Call of Duty information. The leaker even posted a video (now currently deleted) containing a surprise “battle royale” mode on Call of Duty, which was supposed to be a surprise and released during the right time under the right circumstances!

Naturally, this video spread like wildfire, and Activision became ticked by this idea and began to take legal action. Reddit is no stranger to these happenings as Reddit works as a third-party and as a platform for people to practice freedom of speech. The COD MW Reddit Leaker better watch his back. 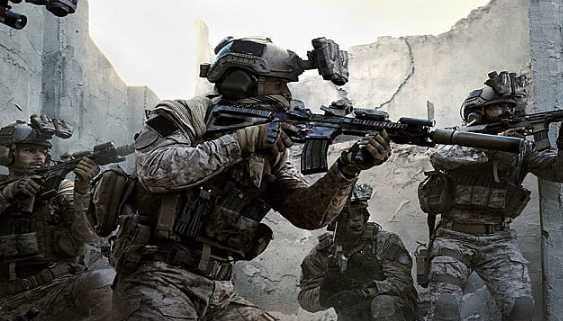 The initial YouTube video was posted by a particular user who goes by the name “TheGamingRevoYT” and was immediately slammed with heavy copyright claims and ripped from YouTube as soon as Activision caught sight of this happening! The video was a production in process and was supposed to be used as promotional material but only during the perfect time. The release of this video was strategically planned out by Activision, which justifies their strong reaction towards the leak since not only was this planned out, a lot of resources were used to make this possible only to be leaked by a third-party without any involvement and care whatsoever for Activision’s success.

Other cover art and artworks, in general, have been strictly monitored

A certain Redditor who has leaked even what appeared to be the mere cover art for the new Call of Duty has been hit with a copyright claim as well and other legal actions. This just goes to show how serious Activision is about handling any and all forms of leaks due to them being attacked and their material being unfairly published, especially the COD MW Reddit leaker. Activision will not go silent and is willing to pursue legal action to make sure that those who have wronged them will be dealt with accordingly.

Reported by TorrentFreak who was able to obtain the obtain court documents including the movements filed by Activision, it has been revealed that Activision Publishing, Inc. has asked the Clerk of the Court to issue a subpoena to Reddit Inc. and claim that the Digital Millennium Copyright Act or the DMCA has been violated. Activision is trying to get Reddit to give up the whereabouts of the leaker so that they may pursue legal actions directly against the person who has leaked the information themselves.

The court was favored in Reddit’s corner on a similar case way back when the court favored in upholding the First Amendment and supports free speech. Reddit is technically not liable at all for the leak, but this might be a bit interesting because the information released on the leak was from a video which we could assume was an unauthorized obtainment of Activision’s Call of Duty promotional materials.

The Importance of Consumer Awareness in the Cryptocurrency Industry